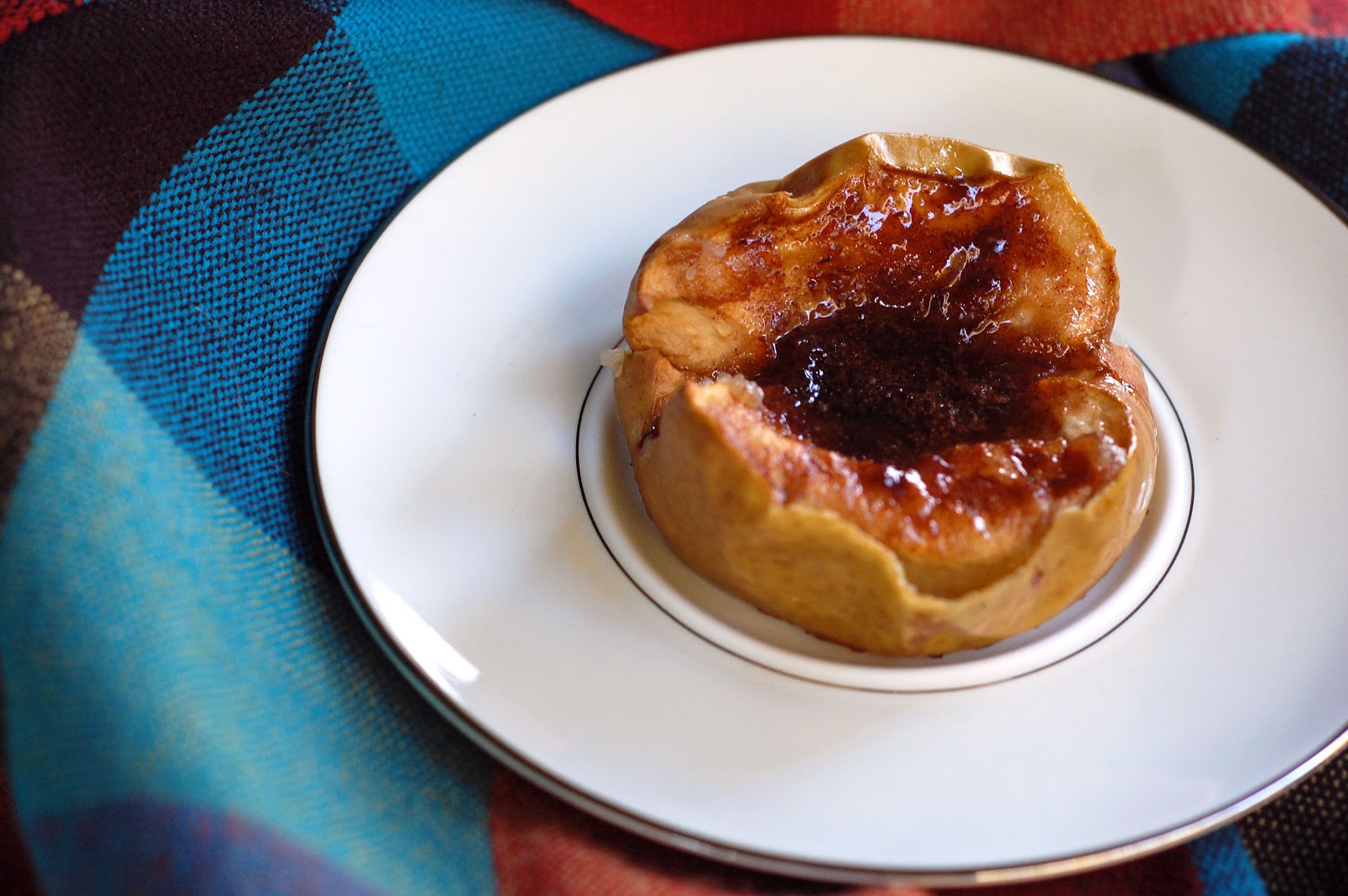 I am one who is given to excess, particularly where apple-picking is concerned.  Twenty pounds is near on half a bushel, which is just a charming way of saying too much!  More than you need!  But the thing is, twenty pounds never sounds like too much, not to me, especially when one is caught up in the crisp autumn air and the sunshine that makes the day just right and the perfectest apple-cider doughnuts you've ever tasted—the first bite crunches from a shell of cinnamon sugar and the insides are pillowy, light as air.  They taste best right out of the paper bag, still hot from the fryer, while standing in the orchard.  But be warned, because they may induce doughnut-fueled apple frenzy, symptoms of which include delusions that one can totally use half a bushel of apples, so let's go ahead and get picking!

The moral of the story is this: I need ways to use twenty pounds of apples.

Sorry to get your hopes up—this post is not about those doughnuts (although sometimes I wish it were.  Curse you, stuff of my dreams!).  No, this post is much more sensible, the kind of thing you can do when you've gnawed the last apple you could possibly gnaw, and yet an invincible mountain of Granny Smiths and Macintoshes still stares at you with apple eyes full of accusations.  (What? They do.) 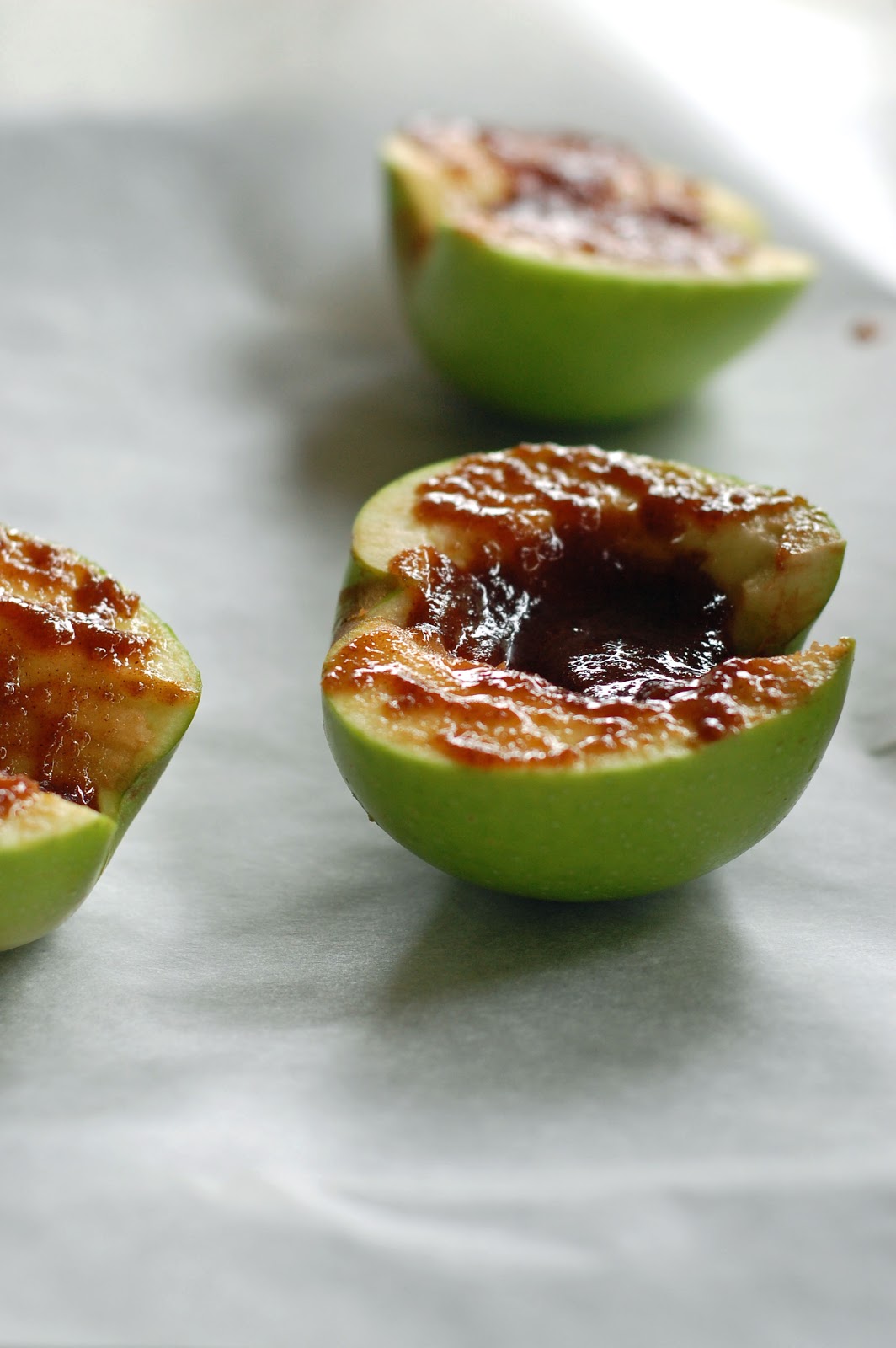 I've always been skeptical of baked apples.  They seem like a fake dessert, like a health food in disguise at a masquerade dessert ball.  It's as though they come from a different life, a world away: you might imagine them as a sweet from the French countryside, where your itty-bitty white-haired grandmother would hand you one, soft and still warm, and you'd munch through the syrupy mess of apple, brown sugar and butter while running off to play kick-the-can or freeze tag with flushed cheeks and sticky fingers.  Whose life is that?  I have way too many bad hair days to be that perfect.

Well, to be fair, one part of that flight of fancy is mine—lucky me!  I married into a family with an itty-bitty, white-haired French grandmother.  And these are her dessert; or, at least, they're her idea, one that Merrick wanted to try so badly that he actually made them himself, unprompted and I thought, 'here's my own October surprise!'  And actually, it was a double surprise, because the apples turned out to be simple, not overly sweet, and just right.

Baked Half-Apples
Your kitchen will smell just like you've slaved all day over an apple pie, with barely any hassle.  This recipe, baked apple halves, is to be distinguished from half-baked apples, which I don't think would be very pleasant.  Makes 8 half-apples.

2.  Make a paste of the brown sugar, cinnamon, nutmeg, and butter, and spread the paste evenly over the cut side of each apple.

3.  Place the apples in a baking dish and bake until the flesh is tender but not mushy, about 30 minutes.  Larger apples or those with very firm flesh may take longer.  Baked apples are delicious with vanilla ice cream on the side.
Posted by Cristin at 2:28 PM