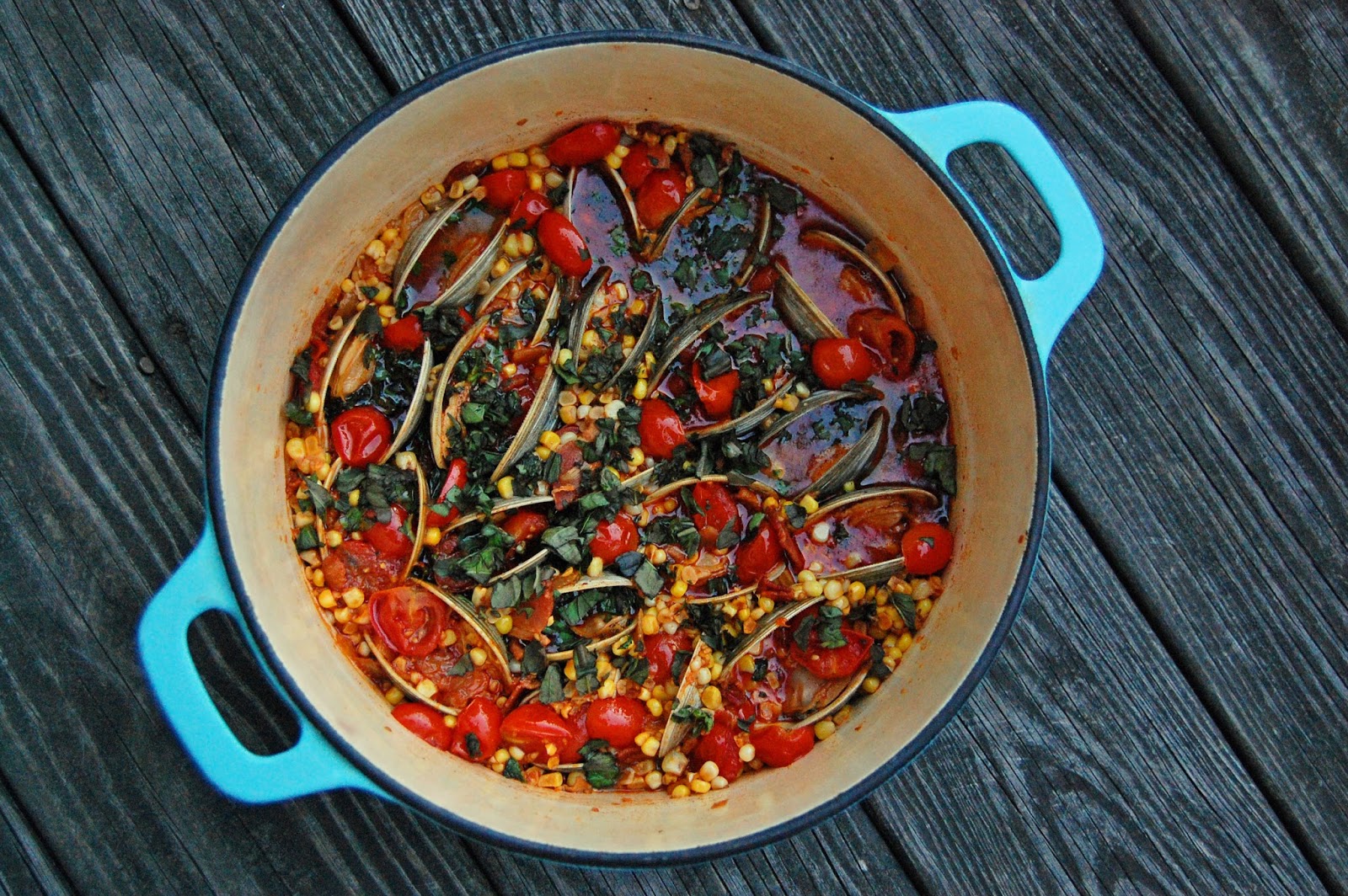 In New England, tomato-clam business like what you see above is generally regarded as evil as Voldemort on a bad day.  A cream base is the only acceptable foundation for clam chowder, and even then, there are rules: no strange additions (like peppers or, ahem, corn).  But a love of fresh summer corn brings strange bedfellows, which is how it ended up here, in this pot full of late-summer bounty.

There are some things that will forever reveal my Midwestern heart, and a fierce, enduring love of sweet corn is one of them.  Growing up in Wisconsin, a highlight of each year was the annual corn festival, where I got a box of freshly-steamed ears, trucked in from the field where they were picked that same morning.  Mouth watering, I watched as my ears were yanked off of the conveyor belt and onto giant blocks of Wisconsin butter, where strong hands twisted them until they shone slick in the August sun.  Salt shakers dangled from clotheslines, and I'd carefully salt each ear, turning for an even sprinkling.  Perfect rows of fat yellow kernels would pop as you bit into them, tasting of the sun that grew them.


If I didn't have to share, I'd have eaten a dozen ears on the spot.  Even now, one of my favorite summer treats is a really fresh ear of corn: boiled and given the butter-salt treatment, simmered in a corn chowder, or sliced off the cob and sprinkled raw onto a salad.

So that gives me the gall to post about the tomato-who-shall-not-be-named, and I do hope you'll try this.  There's a smokiness and summery freshness about it that will almost make you believe you've cooked this over a wood fire on Cape Cod, your nose a bit sunburnt after a day spent with the Atlantic lapping at your ankles. 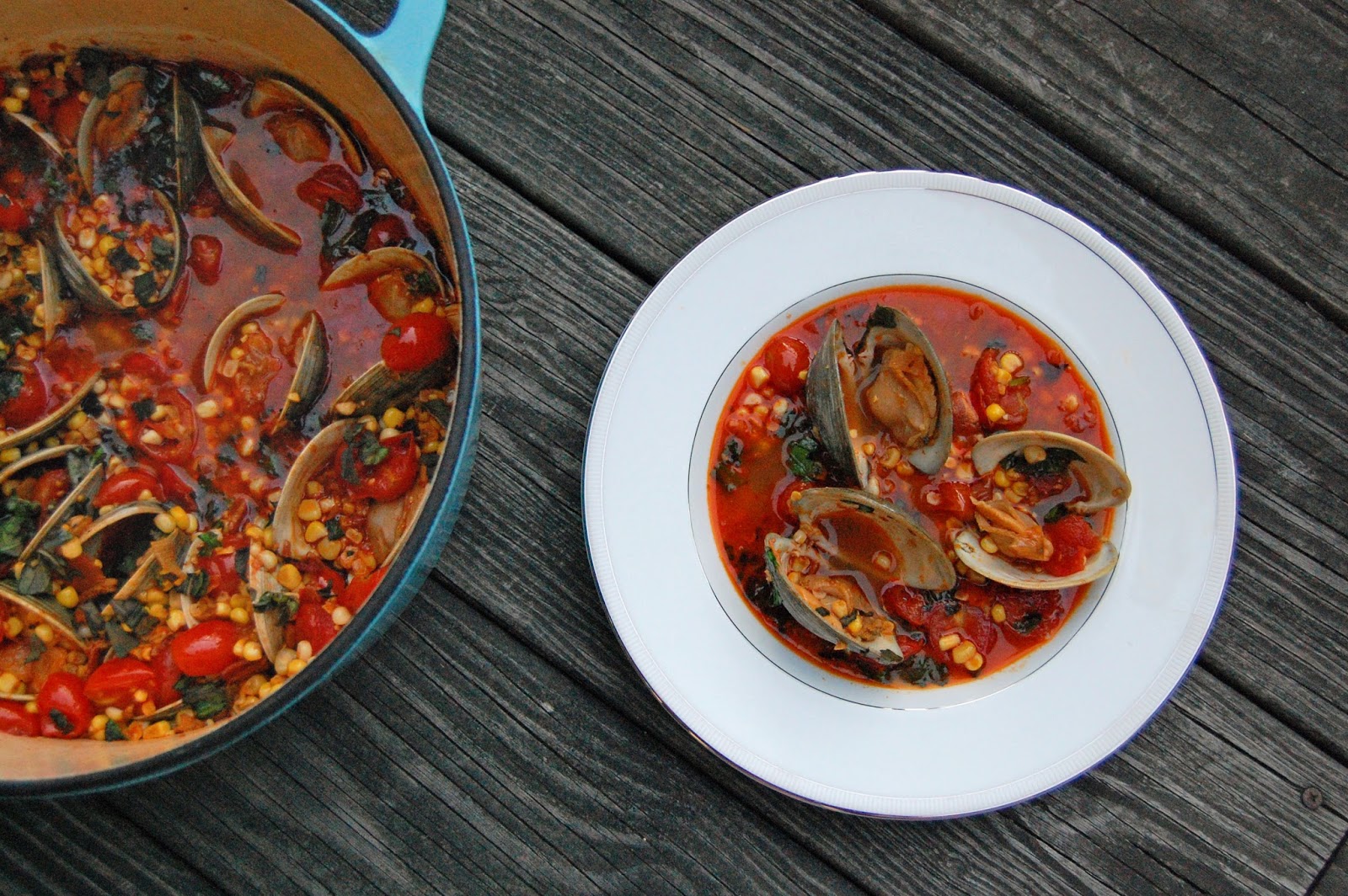 3.  Turn off the heat, and add all the clams with the mouths facing upward.  Return the heat to medium, cover, and cook until the clams open, 5 to 10 minutes.  Discard any clams that do not open.  Sprinkle the basil over the stew and bring the pot to the table.  Serve with crusty bread.
Posted by Cristin at 8:26 AM