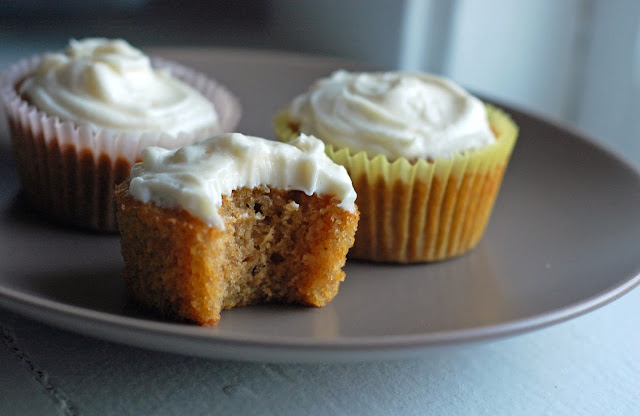 Most people have a spare pumpkin sitting around at this time of year, and I've got two.  I never got around to carving a greeting for the hordes of trick-or-treaters who rang our bell this year, from the itty-bitty bumblebee to the six power rangers.  (Does that mean power rangers are cool again?  I'm still recovering from when they were cool the first time.)

I love cooking with pumpkins, but it's a bit of a pain to hack them up and scoop the seeds out.  Luckily, I used to have a steady source for pre-hacked-up, pre-seeded pumpkins: every year, my former landlady (hi, Amy!) would very neatly carve a pumpkin on the morning of Halloween, leave it out for the day, and ask me to dispose of it in the evening.  No problem.  I disposed of them right in my oven. 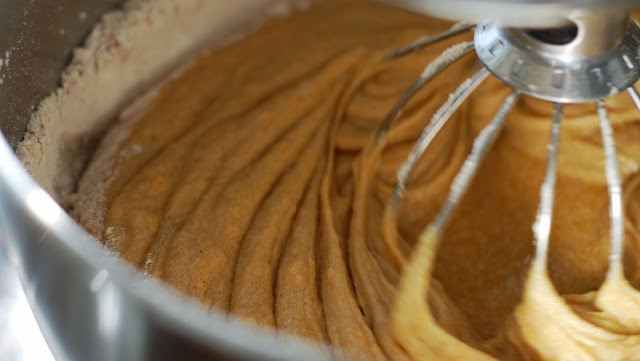 Making your own puree is basically just a matter of popping a quartered squash into the oven and roasting away, but I'm not sure it's worth it.  After years of making my own, I've decided that buying the canned stuff is fine by me, and here are the PDRs (Perfectly Decent Reasons) why:

First, quality control is tough.  Sometimes your puree will come out watery and bland, other times thick and pumpkin-y, and it's impossible to predict which one you'll get.  Second, it can make kind of a mess: water can pool on the pumpkin pieces, and once you've taken care of that, you have to peel off the skin and blend it all up.  Even if you're into do-it-yourselfing, I'm sure you have better things to do. 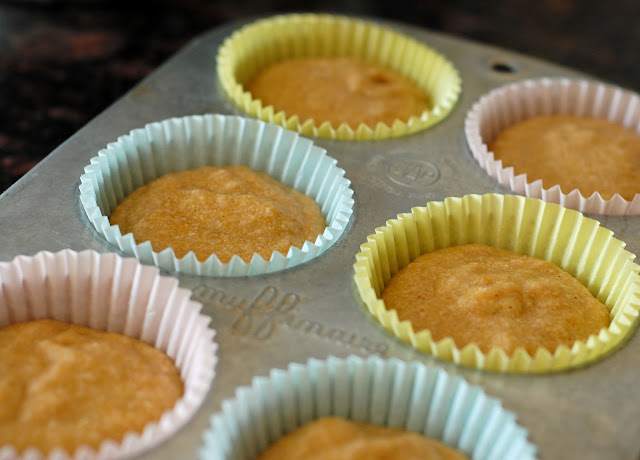 Third, you get a whole bunch of puree at once, so you better be feeling really inspired.  One year a single pumpkin gave me a vat of black-bean and pumpkin soup and two loaves of bread, and made me realize that it would be totally fine if I didn't see another gourd until the following autumn. 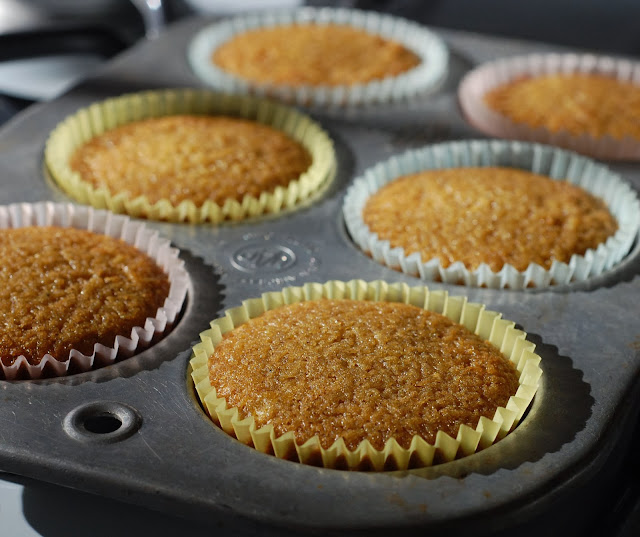 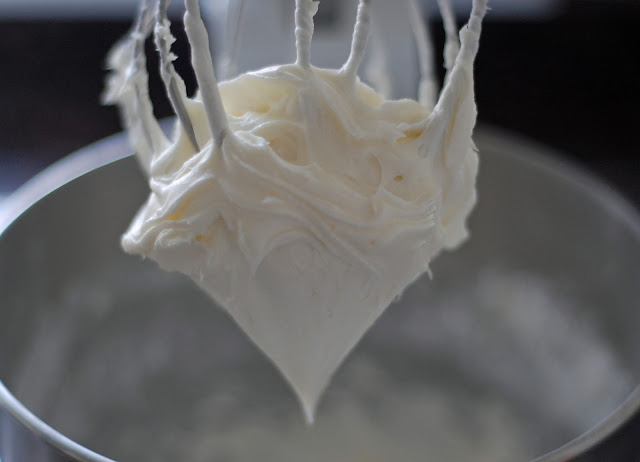 A few years ago there was a shortage caused by rotting squash or something, and a friend of mine started hoarding cans of pumpkin puree.  I didn't see a can of the stuff anywhere that fall, so I made these cupcakes with my own puree.  Now I keep a can (or two) year-round, for when the urge for moist, subtly spiced, cream cheese-frosted cupcakes hits sometime around President's Day.  Because it will, people.  It will. 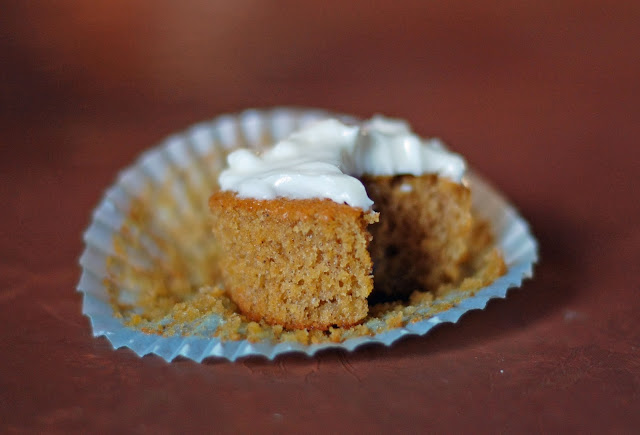 1.  Heat your oven to 350 degrees.  If you have one cupcake tray, adjust your oven rack to the center; if you have two trays, adjust one to the top third of the oven, and one to the bottom third.

3.  Line the cupcake pan with liners and fill each about halfway with batter.  If you have one cupcake tray, set it on the center rack; with two, set them on the separate racks and rotate halfway through baking.  Bake until a toothpick inserted in the center of a cupcake comes out clean, 20 to 25 minutes.  Transfer the trays to a wire rack, and let cool completely before icing.

1.  Beat together the cream cheese and butter until light and fluffy.  Be sure to scrape down the sides of the bowl while mixing.

2.  Whisk in one cup powdered sugar.  Continue whisking in sugar, a few tablespoons at a time, until you arrive at your desired consistency.  Stir in the vanilla extract until well combined.