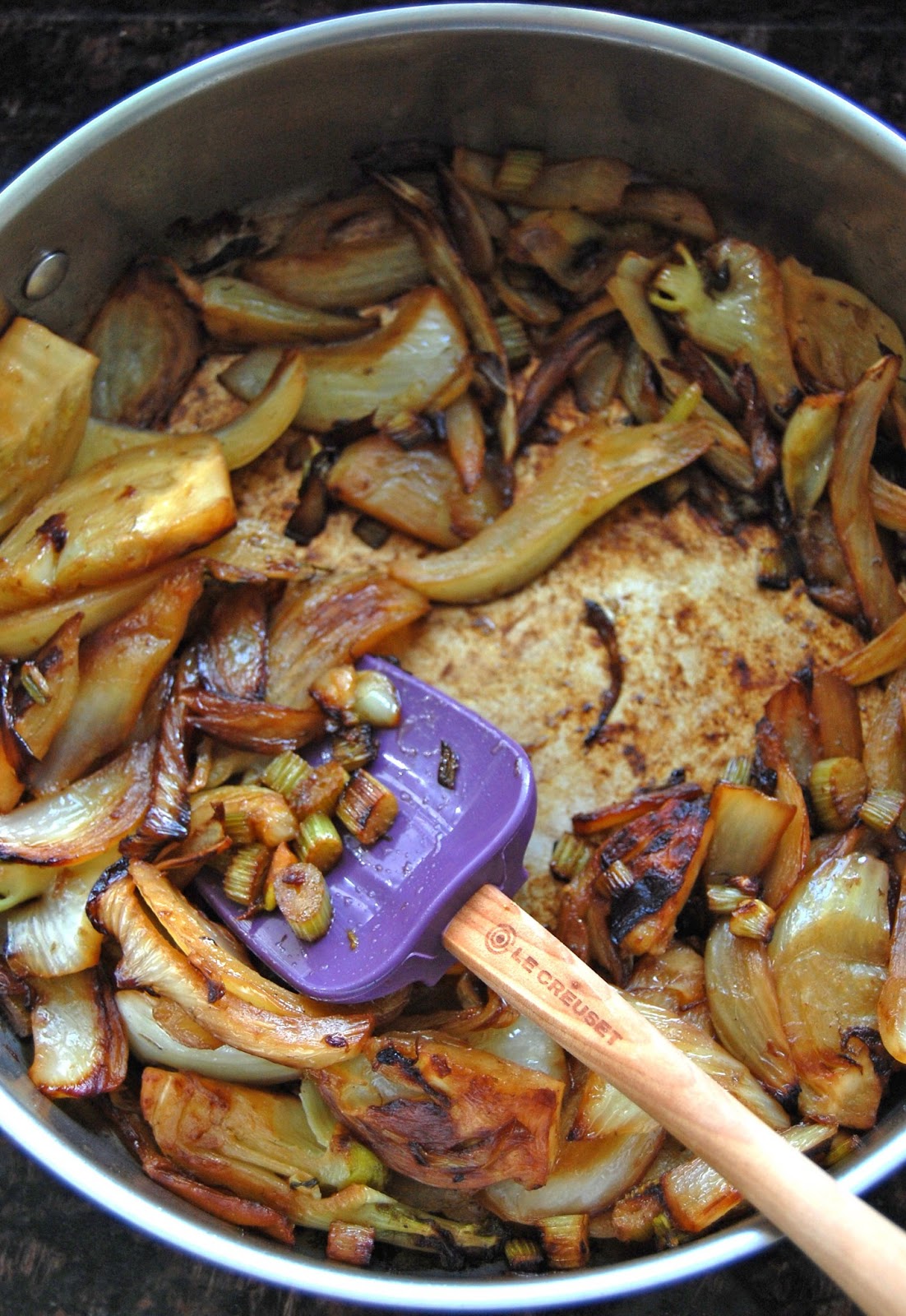 I'll be the first to admit that fennel is an intimidating vegetable.  A dense knot of layers with a good ten inches of greenery fuzzing about like a Mardi-Gras headdress?  (Being from the Midwest, I like my vegetables homely and unassuming, thank you very much.)  All that pageantry, and then you discover that fennel just tastes like black licorice.  Um, no thank you.  Until this spring, fennel was brooding down at the very bottom of my list of favorite vegetables, right next to—well, to be honest, there was nothing next to it.  I thought there was nothing quite so bad as fennel. 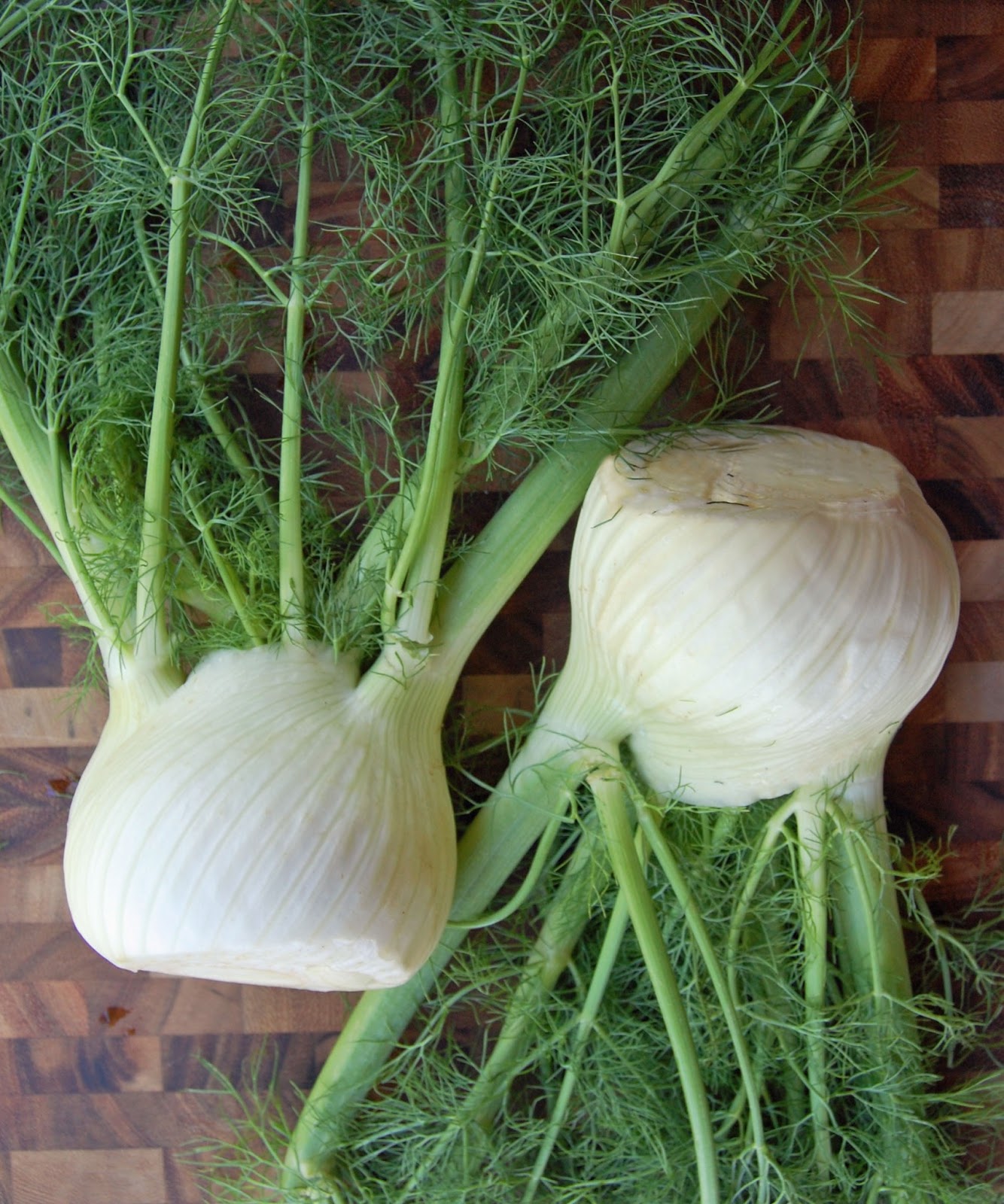 And I did try to like it.  Fennel is oh-so-hip this spring, making an appearance in everything from salads to soups to braises, and I wanted to like it.  I wanted this vegetable to be like that girl you always thought was so mean until you were partnered with her in French class and found out she was actually, unexpectedly, agréable.  I wanted to make friends with fennel like that.

Well, that girl in French class might have a bit of a Jekyll/Hyde situation going on.  I still don't like the assertiveness of raw fennel, but turns out I can be friends with it a different way.  A little butter and a long time in the pan mellows the licorice flavor and brings out a natural sweetness, just like caramelized onions. 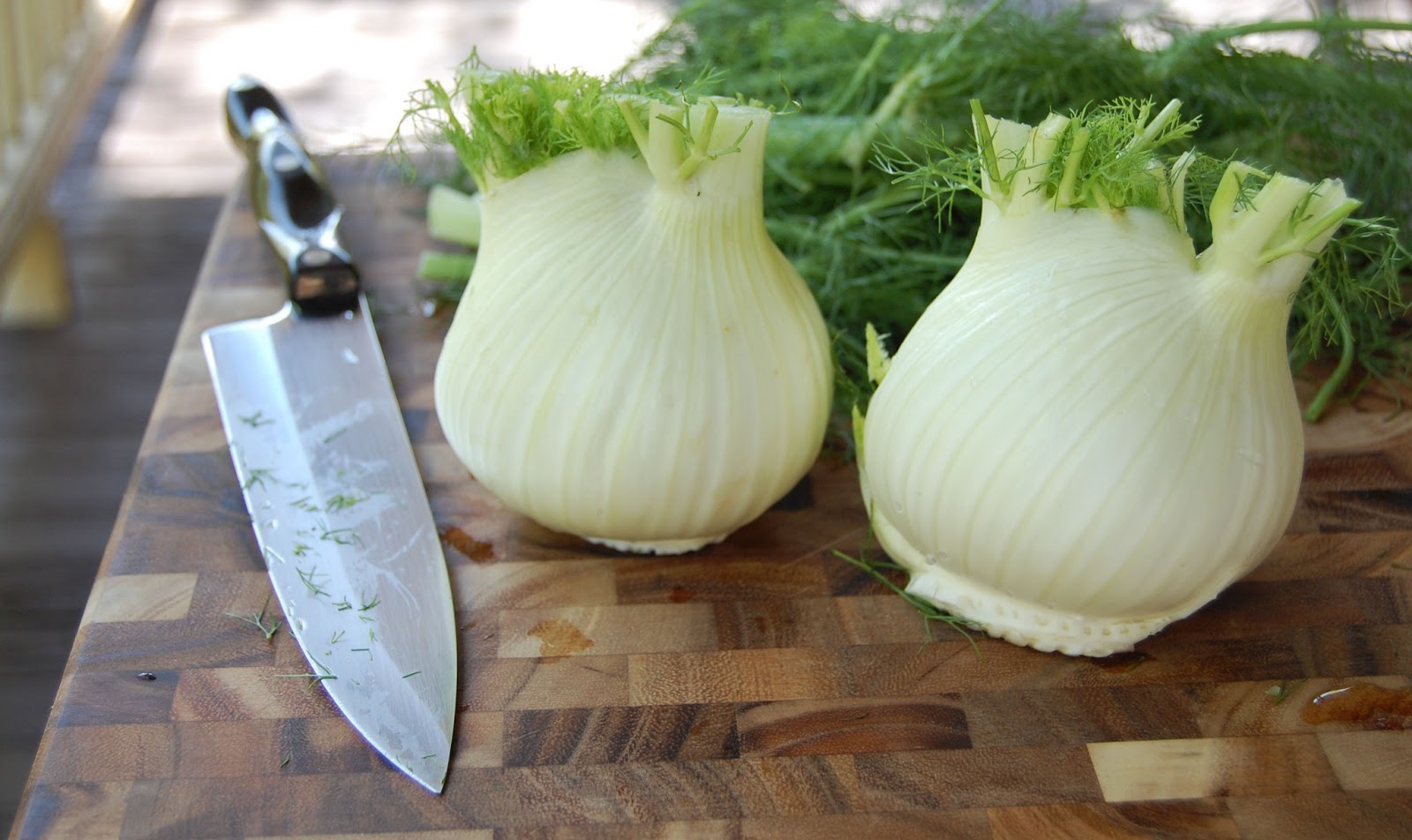 It's actually much easier to cook it this way than to serve raw (when you need to fuss to remove the tough core and any bits of green, and then shave it into slices roughly the width of a mosquito's wing).  Here, there's no need to cut the core out of the center of the bulb, because it will soften like the rest.  This is pretty much just a halve-and-slice situation.  I even like to slice up the larger green stalks to add to the pan—raw, they're quite tough and fibrous, but I like the textural contrast they add here.  Otherwise, you can save scraps like these for some homemade vegetable broth (or, I think fennel scraps would be especially good in fish broth).

Quelle surprise!  Fennel and I have become close friends.  I think I'll be having her over to dinner pretty often. 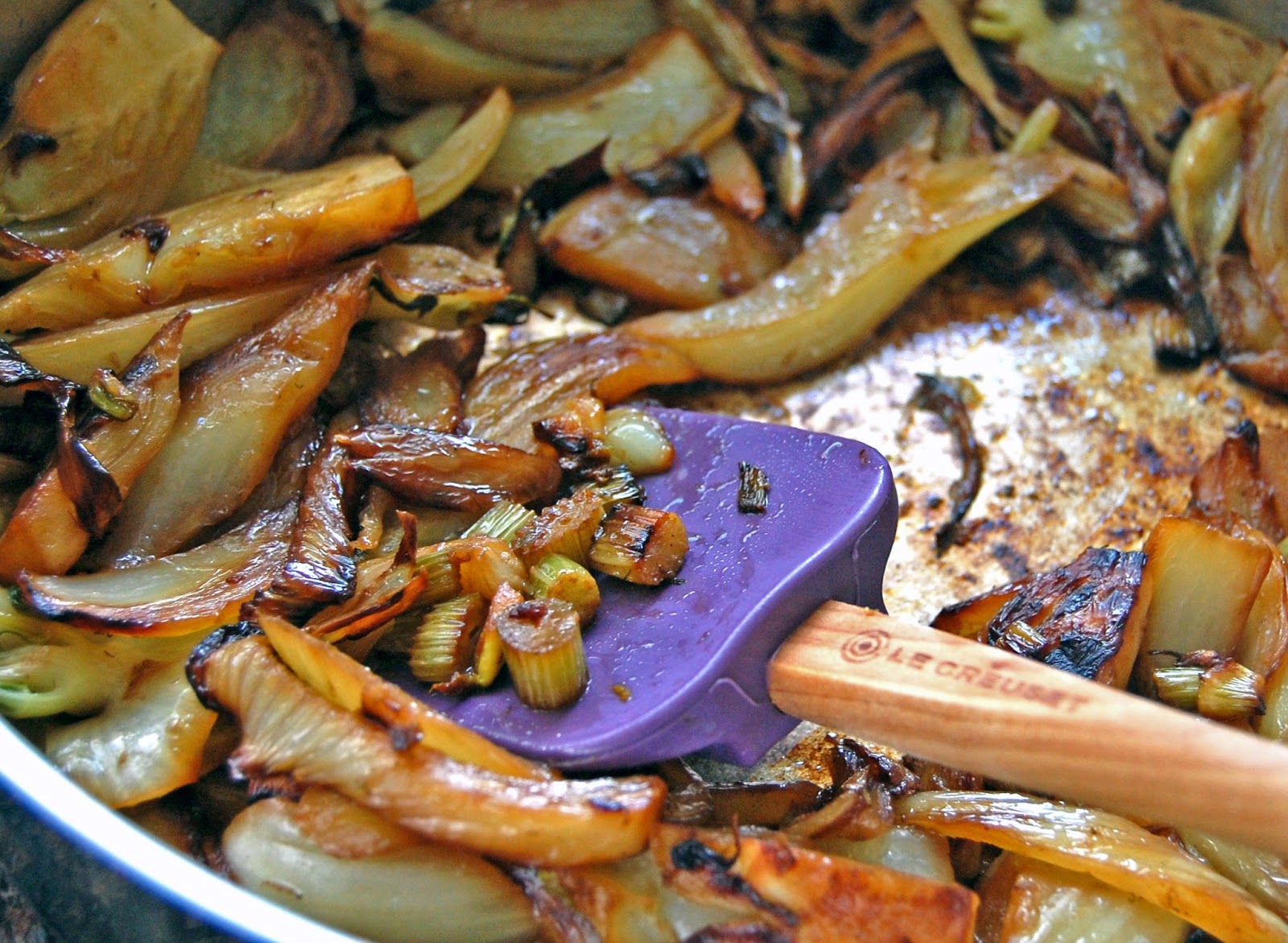 Caramelized Fennel
Serves 4, as a side dish

1.  Cut the stalks and fronds off of the bulb and remove any layers that are tough or discolored.  Set the bulb top side up and cut it in half.  Cut it into even slices about the width of a pencil eraser.  Some of the slices will stick together at the root end, while others will separate; this variety of slices is fine and will make for a nice textural variety when you are finished.  If you'd like to use the larger stalks, strip them of any fronds, trim the ends, and slice them thinly.

2.  Melt the butter in a wide, thick-bottomed saute pan over medium-high heat.  When the butter is good and hot, add the fennel slices, spreading them out evenly over the pan.  Cook them, without stirring, for five minutes, then give a good, thorough stir and cook for another five minutes without stirring.  Depending on how strong your burner flame is, you may want to reduce the heat to medium at some point to keep the slices from burning.

3.  Add a big pinch of sea salt to the pan, stir thoroughly, and cover.  Reduce the heat to low and let cook for another 10-20 minutes, stirring occasionally, until the fennel has softened to your liking.

4.  Squeeze the lemon juice over the fennel, stir, and transfer to a serving dish.  I like it best warm, but it's good at room temperature, too.
Posted by Cristin at 5:59 PM