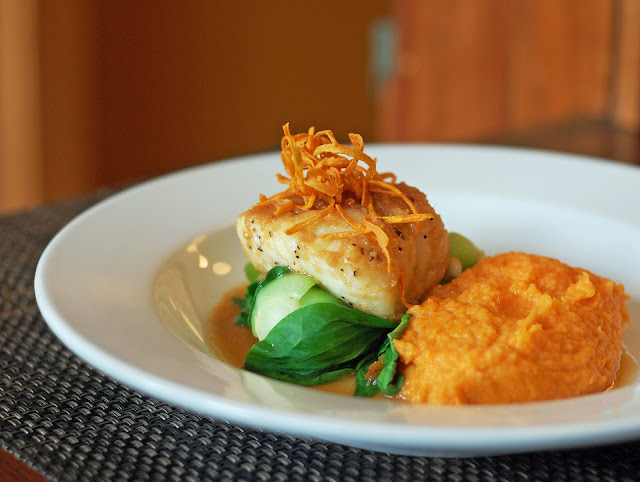 Fusion cuisine is a tricky concept. It's like a clever bait-and-switch, but more so than a simple substitution of one ingredient or side dish for another. Emergent fusion flavors should give a nod to both of their parents, entirely complementary, yet entirely unique. It's an adventure to discover one flavor hiding where another usually lives.

At Brookline's Umami, the focus is on savory Asian-inspired tastes that meld with traditional French bistro fare. In 2010, after leaving Thai restaurant Khao Sarn, Japanese Chef Yoshi Hakamoto opened Umami with his wife, Nomun.
Read the rest of this review on the Brookline Patch...
Posted by Cristin at 5:01 PM